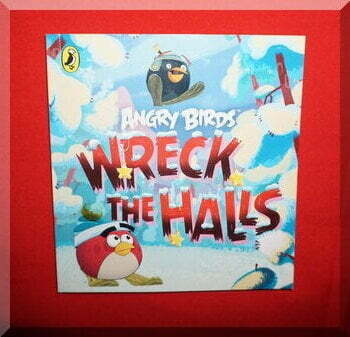 I spotted this in an op shop recently and thought it was a bit different to the typical Christmas book. I believe it was originally part of a box set with a toy but I only got the book.

A sack of Christmas presents is taken by three pigs and chased by two birds, Bomb and Red.

This the first Angry Birds book I have read, and I know little about them. I was surprised to find a varied and interesting vocabulary (I wasn’t expecting to see words like smouldering, careened and precipice) and interesting descriptions (like majestic mountains, slanting rays of sun glimmering and gleaming pearls of ice). 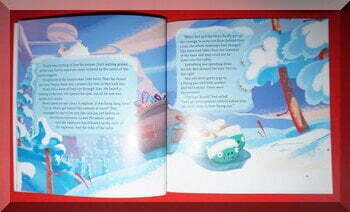 The story itself was good – the birds on skis chasing the pigs in a frying pan sled had excitement and anticipation. The birds speak respectfully and care for each other, and any anger is justified. It is a bit strange when Bomb explodes with expected repercussions, and comes away unscathed but I suspect that is something Angry Birds fans would understand and expect!

The pictures are ok, but I found a couple of them unclear. There is a reasonable amount of text on each page (it is not a picture book or aimed at early readers) and the font is rather small. The book is actually created based on an Angry Birds episode of the same name which was produced for Christmas 2011.

My children have played Angry Birds a couple of times (my sole previous knowledge of angry birds is based on those games!) My eight year old has more prior interest in the Angry Birds and he really enjoyed this book (“My favourite part was when Bomb exploded”); my seven year old was less excited but still enjoyed hearing the story.