My children have made Christmas decorations for the boys in their classes this year, having already made hair ties for the girls. 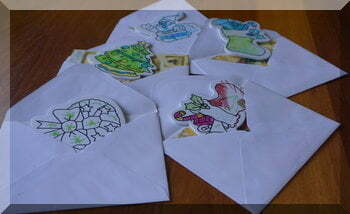 Foam decorations made by my children for their classmates

We used a craft kit of foam decorations which they decorated and popped into an envelope with a Christmas card.

The kids loved colouring in the ornaments, to the point that my son even coloured along the edges of some! 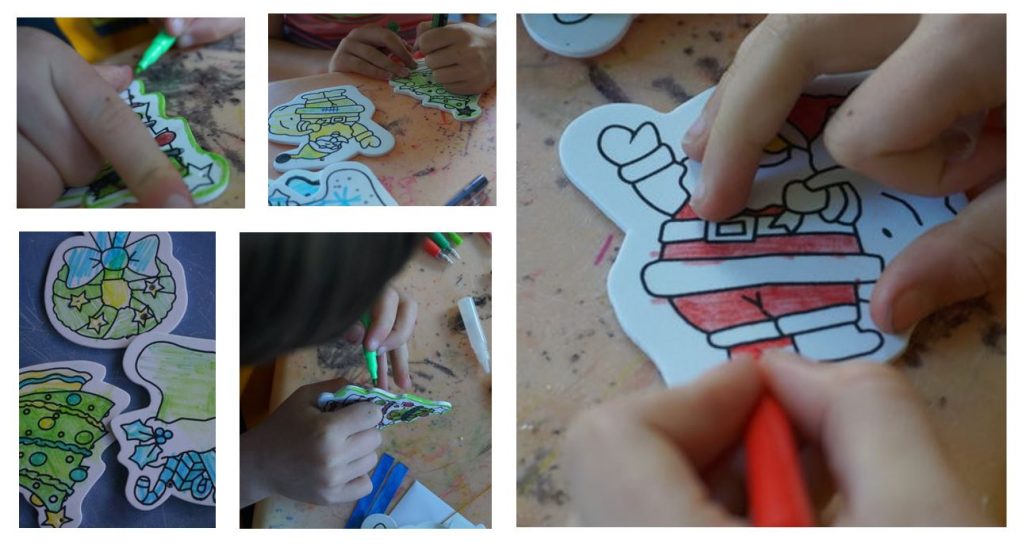 My children enjoyed making these ornaments (excuse the marked table they were working on!)

The kids were excited and got into the decorating before I got photos taken so I only have shots of the kit in part!

The kit made things very simple and the kids enjoyed making the decorations.

The kit contains 12 foam Christmas ornaments (three each of four designs), lengths of golden string, four small textas and some glitter glue. The packet states ’embellishments included’ and there were two tubes of glue so I thought there was something else to glue onto the ornaments – it took a little while to understand it was glitter glue and that was classed as an embellishment.

The biggest issue with the kit is the size of the textas – they were cute being so small but didn’t last well enough for my kids thoroughly colouring in the ornaments and writing messages on the back. In particular, my kids used a lot of red (on Santa’s suit and other decorations) so ended up using their own textas and pens.

But you could certainly use the kit for a quick Christmas activity or as gifts like my children have done.