Is your Santa black? 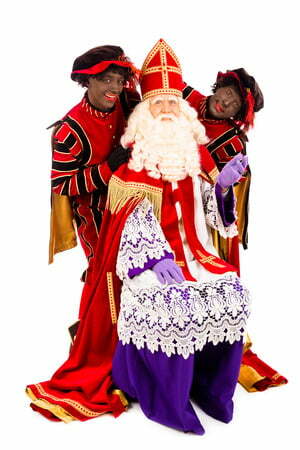 With the exception of Zwarte Piet (Black Peter – Saint Nicholas’ companion in Holland), nearly all images of Christmas characters are white.

While I think it is ok to have a specific character be any particular colour/race/religion, there is no need for ALL characters to be one ‘type’ of person. It’s a bit like the old goodies in white hats and baddies in black hats – lots of good people actually prefer to wear black, and there are now stories of good witches and ninjas etc wearing black.

So is Santa black? Given he keeps himself hidden at the North Pole and comes into our homes when we are asleep, who knows what he really looks like? For all we know, he has purple skin and green hair!!

I have just read an article by Peggy Albers about the impact of telling a single story. Called ‘Why is Santa black?’ the article explains that having a single story leads us to have a single perspective on things and can lead to narrow thinking.

Peggy suggests we read some stories from a different perspective and stories that show certain groups in different ways.

For example, I once read a version of Snow White told from the step- mother’s perspective. It told of her concerns about the teenager dropping rubbish everywhere (like a trail in the woods!), needing to be tricked into eating healthy food (like apples) and her relationship with the woodsman before running away. It was fun but children hearing that may get to understand that there is always another perspective, another side to the story – and that is certainly a valuable lesson to learn.

Peggy gives examples of Jewish characters being portrayed as poor, living with tension or fearful  of supernatural forces. The main reading I have done with Jewish characters have been set in or around World War 2 (so yes they were living with tension) or dealing with expectations based on deceased relatives (so supernatural forces) – so my own experience agrees with Peggy’s research. However, I also have some life experiences (and heard many other stereotypes) so have a broader perspective of Jews – but I can see how books give a limited view. 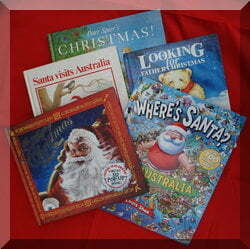 There are many books with Santa – mostly white and human, sometimes an animal.

I intend now to get and read ‘Twas the night before Christmas: An African American version* to broaden my Christmas story – and am glad I have read (and reviewed) some revised versions of Christmas stories such as:

Interestingly, there is a lot of debate about Zwarte Piet – many say he is racist and based on a book written in the 1850s while others say his origins are much older and relate to traditional European Santas having a black assistant who was invisible in the darkness and travelled through chimneys (so was covered in black soot). Accepting the book version of Zwarte Piet gives a different perspective of the character, whereas the historical version has more depth and fewer racist overtones – again, a single story impacts on the perceptions.

The real symbols of Santa are a red suit, big belly and a white beard.

Yes, most images of Santa do have him as white but I don’t think that has to be the case (and will consciously use some other skin tones from here on myself).

And life is certainly more interesting when we have a variety of stories and cultures, so I’m all for some different Christmas and Santa stories (and there are a few around!)

So, what colour skin does Santa have in your mind? Other than it currently being unusual, would you have an issue with Santa being African or Asian in appearance?

* So far, I haven’t had much luck finding this book. It was written and illustrated by Melodye Benson Rosales, and published in October 1996.