In the last couple of years, the idea of Santa sending an elf to visit in December has become widely known across Australia.

And leading up to Christmas 2017, a number of friends were visited by an elf and thus my children were keen to have an elf in our home, too.

When to welcome an elf to your house?

Apart from anything else, I didn’t think it would work very well to have an elf arrive part way through December. I guess it could have been too busy helping Santa at the North Pole to get here for the first of December, but it felt strange to me.

If you have a visiting elf in your house, when did it arrive? Do you think it matters when he or she arrives?

However, it also seems a long time until next Christmas, especially for young children, so when I came across an elf the other day I thought of having him pop in now to say hello in preparation for next December. 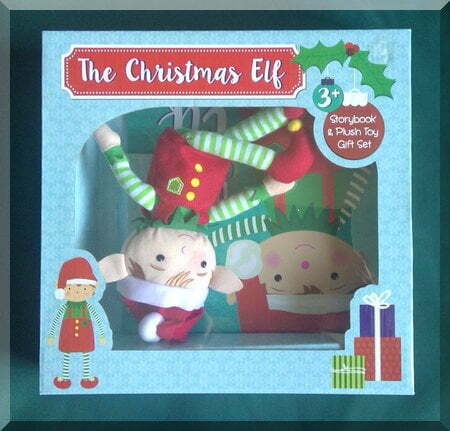 Tinkles was acrobatic before she even left the box!

Introducing an elf to the family

How do most people have the elf appear?

At our house, we take down the Christmas tree and decorations on the 6th of January – based on the tradition of 12 days of Christmas.

As we worked on removing the tree decorations, we discovered an elf hiding amongst the branches! 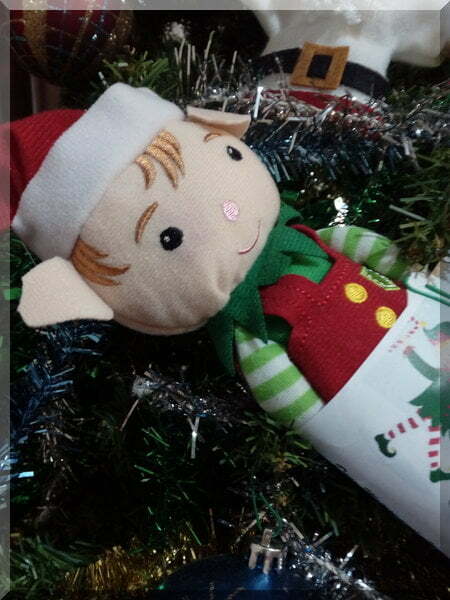 Tinkles hiding in our tree!

My children were very excited to discover we had a visiting Christmas elf! And even more so when they discovered the elf had a letter from Santa with her to introduce her as Tinkles the Elf. After a brief visit today, the letter explained, Tinkles will return on the first of December to watch over our family and report to Santa. 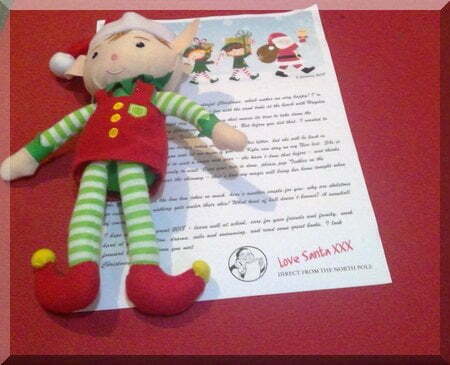 Tinkles lying with the letter she delivered from Santa

We finished packing up the tree and have left the elf sitting on our mantelpiece to be close to the chimney for his return to Santa at the North Pole. It also gave them a timeframe to write their thank you letters to Santa so the elf could deliver them directly for us. Tinkles on the mantelpiece with a thank you letter for Santa