This year’s Myer windows show the story of Alice in Wonderland. They are based on Rebecca Dautreme’s illustrations from her 2015 book (published to celebrate the 150th anniversary of Lewis Carrol’s story originally being published in 1865). This is the second time Alice has featured in the Melbourne windows at Christmas. 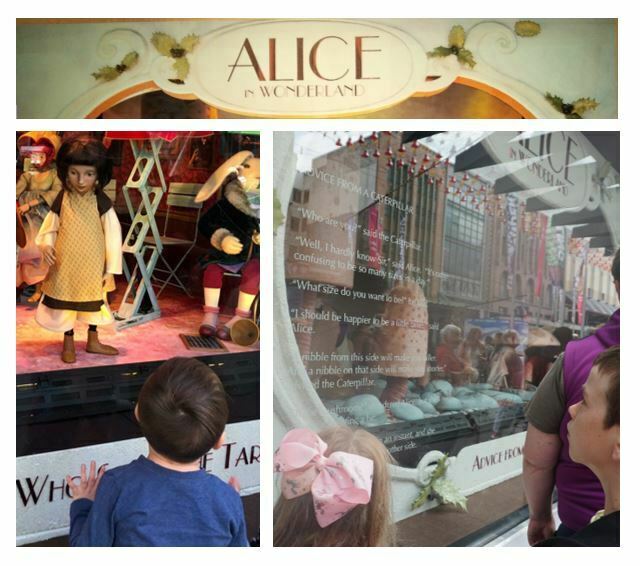 The story starts with Alice trying food and drink that makes her grow and shrink. So far, there is no sign of the white rabbit nor falling down the hole. 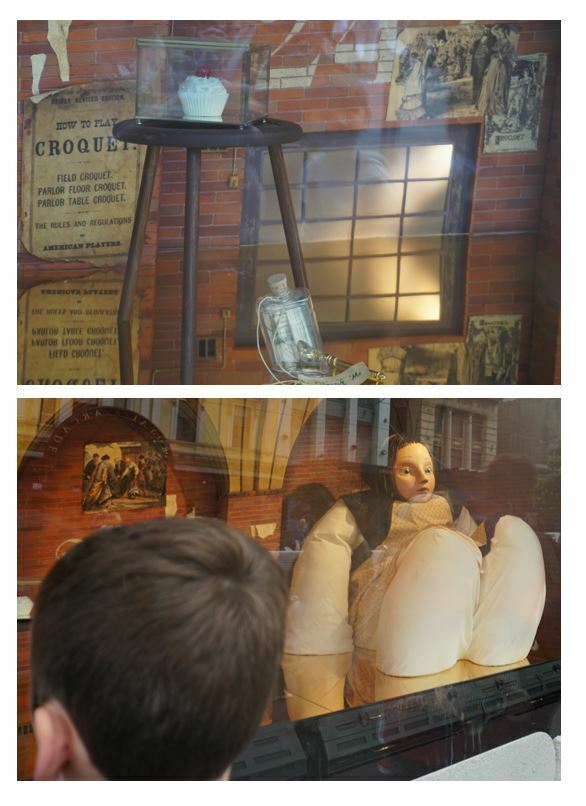 Alice is then shown as particularly large again as she appears trapped inside a house that is now too small for her. A purple caterpillar then appears in a field of mushrooms. 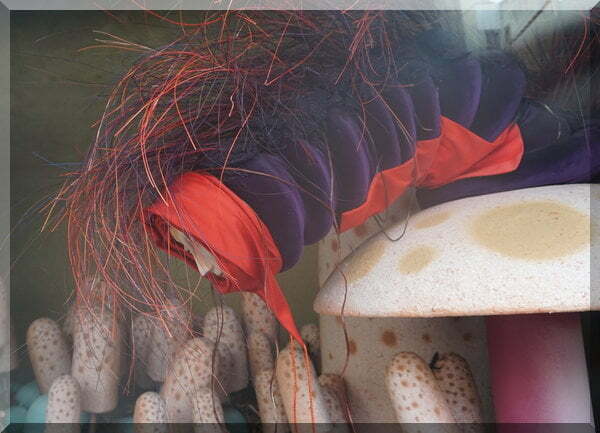 I love the ants crawling around under the mushrooms, too… 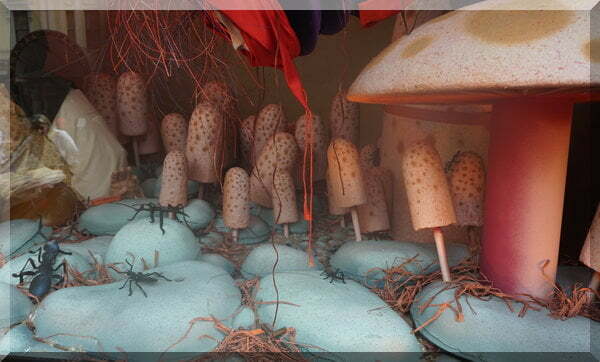 Following windows include the croquet game with the Queen of Hearts and her cards, and the Mad Hatter’s Tea Party. I liked the table under a hills hoist and the details of food and tea bags in this scene. But was a bit thrown by a large white cat – the original Sir John Tenniel (illustrator) and Edward Dalziel (engraver) artwork had a stripy cat and Alice describes him as having lovely green eyes, and most of us are used to images from movies and books where he is purple or orange. White and fluffy just isn’t what to comes mind for the Cheshire cat!

The croquet window was fun with moving hedgehogs and such tall, expressive flamingos! 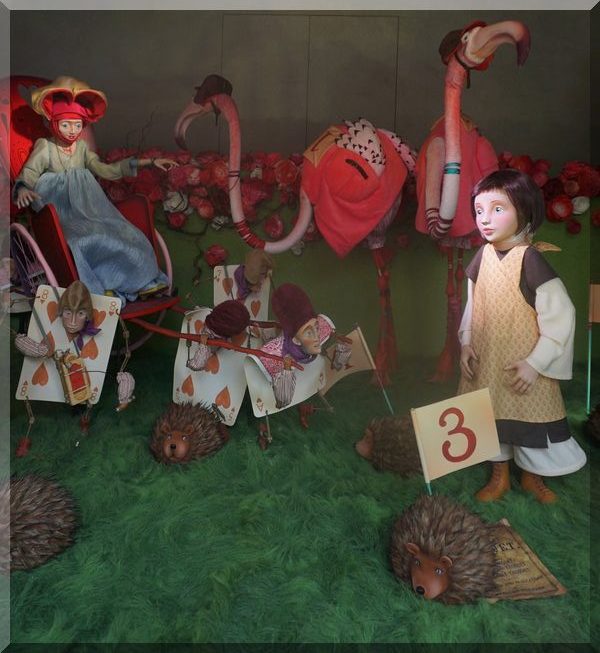 And Alice’s final adventure in the windows was visiting the drawing room with an array of characters. 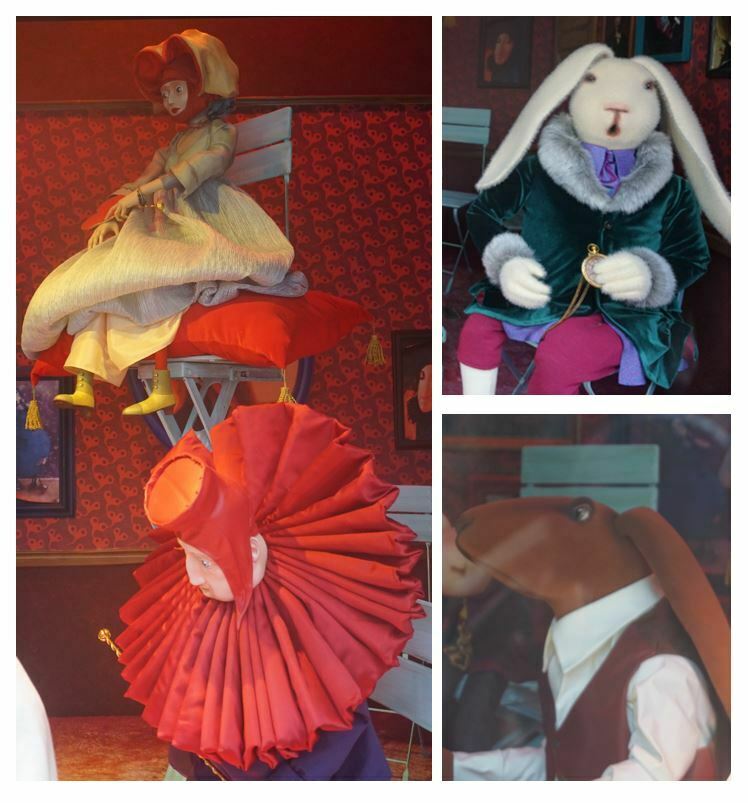 Have you see Alice in the Myer windows?

It is exciting and fun to visit the Myer windows and my kids and I enjoyed seeing Alice. I have to admit that basing it on Dautreme’s illustrations made it less special for me as it moves away from my imagined Alice in a blue dress and an orange Cheshire cat. I have heard others say the same thing. But the creation of the windows, the movement of Alice and others, and the attention to detail in the settings still made this a wonderful outing and a beautiful display.