A classic Christmas story (one even done in the Myer windows!), this version of The Nutcracker includes a jigsaw puzzle for young children with the book.

A girl, Marie Stahlbaum, is given a wooden nutcracker on Christmas Eve. The nutcracker comes to life and fights an army of mice then takes Marie to the Land of Sweets where they meet the Sugar Plum Fairy and other dolls.

Some history of the Nutcracker

Hoffman originally released The Nutcracker and the Mouse King in 1816, and the full story takes longer than one night.

The story has been retold and presented in many ways in the last 202 years. Alexandre Dumas retold it as The Nutcracker which became the basis of Tchaikovsky’s ballet by the same name in 1892. It has been made into a few movies and telemovies, including Mickey Mouse, Tom and Jerry and Care Bare versions.

Parts of the music from the ballet are also well known and used in movies such as Disney’s Fantasia, the 1950’s marionette TV film The Spirit of Christmas, and the 1954 Little Match Girl movie. There have also been recordings, video games and TV shows made with parts of the story and/or music of The Nutcracker

Some versions are only loosely connected to the original story, and there are variations in the character names – Marie Stahlbaum has had different surnames and also been called Clara (the name of Marie’s doll in the original book).

A 1996 musical, The Nutcracker Musical, goes further into why Franz became a nutcracker and how Clara could help change him back – note that Franz was her brother in the original story. A light opera, this musical includes the full 12 days of Christmas as well!

So, onto this book version of The Nutcracker!

I love the illustrations – they are beautiful and a combination of real and whimsical. The colours are muted to give atmosphere rather than standing out as a child’s counting or colour book.

While it is a long story and a reasonable bit of text, our three year old friend was enchanted by it – and now is desperate to see the ballet!

The puzzle was challenging for a three year old, but he achieved it… The pieces were a good size for his little hands and easily fit together. Overall it was a good activity for a pre-schooler, especially as the book gave context to the image on the jigsaw. 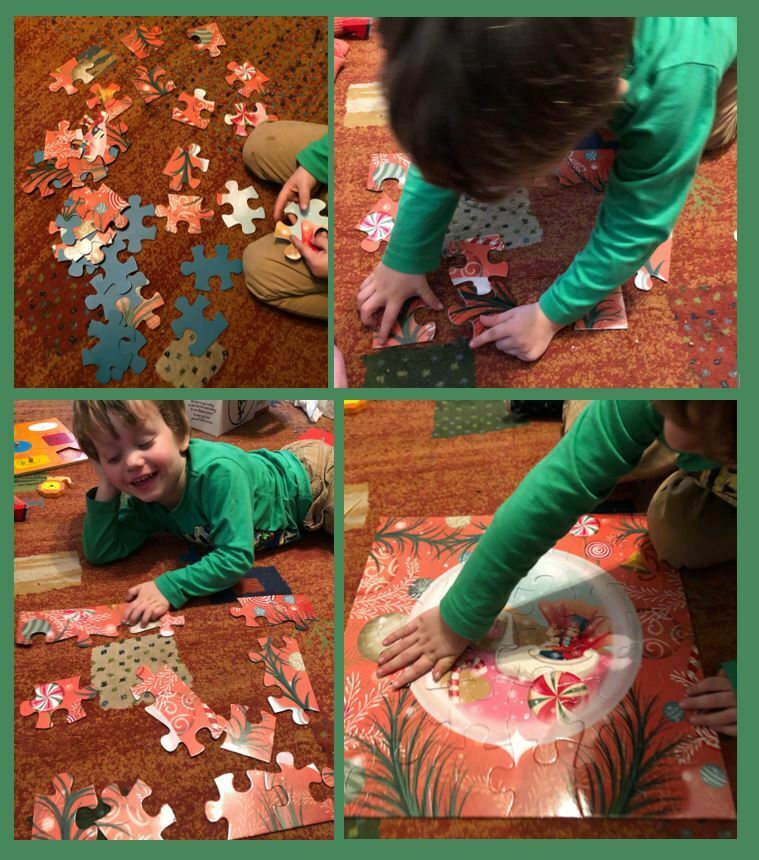 Would we recommend it? I would recommend it – the illustrations were beautiful and captivating just as The Nutcracker should be, blending dreams into reality.

And our three year old friend still wants to dance with a Nutcracker so it obviously impressed him!