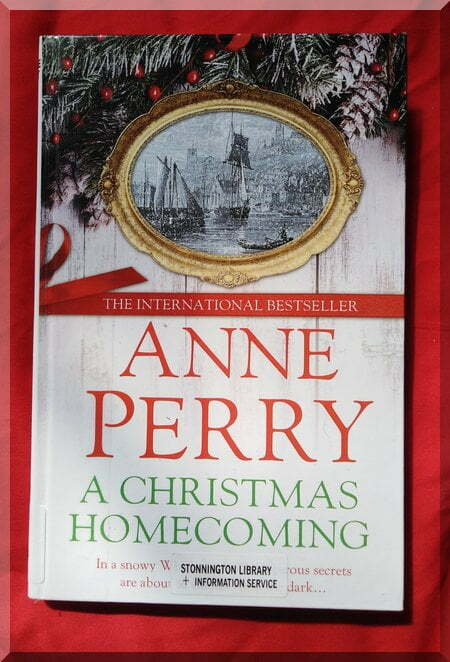 Following on from A Christmas Message, I was intrigued about one author having 13 Christmas books, so I grabbed another from the library to see how she does it!

One thing that I had wondered about Perry writing 13 stories (based on the same characters was my initial incorrect thought) was how she managed that over time – surely there can’t be multiple mysteries solved around any particular Christmas by a single character! As it turns out, Perry’s festive series covers many years – one goes back as far as 1847 and A Christmas Message is set in 1900 – so that makes it more feasible!

I really enjoyed this book and the charterers, and it was interesting to think of Dracula as a ‘new craze’ and of dubious value and longevity! There are many reminders in this book of how things have changed, too – no phone to call for help, wood fires as the only source of warmth, no movies/TVs , less exposure to ‘scary’ effects so more sensitive to fear settings, and less general knowledge of investigations and forensics.

The key character, Caroline Fielding was also interesting. An older women (in her late 50s to 60s is my guess) who has been widowed and now remarried to a man 20 years younger and of a lower station, she has depth and experience that I liked. She is depicted as intelligent, resourceful and strong, but also a bit lonely at times so not overly perfect! Caroline’s son-in-law (present in many Perry books I gather) is policeman so she was able to preserve evidence and work on the case.

Much of the book revolves around the development of the play to be performed on Boxing Day – the murder doesn’t occur until over half way through the book! So it seems that Perry’s style is to have a story and work a mystery into it, rather than have the mystery as the key focus – different to what is common but not in a bad way.

I hadn’t realised that Bram Stoker’s Dracula centres around Dracula washing ashore near Whitby in York, but this book is set there which was an appropriate setting for their play, obviously.

Would I recommend it? Yes, I do both as an easy-to-read mystery and as an interesting reminder of how things used to be.