Our Christmas elves were playing games last night, and this morning are inviting the kids to join in!

First we noticed Ginger driving the shoe train! She is giving train rides to various Lego characters… I think the kids would jump on board, too, if only they were small enough to fit on or in a shoe! 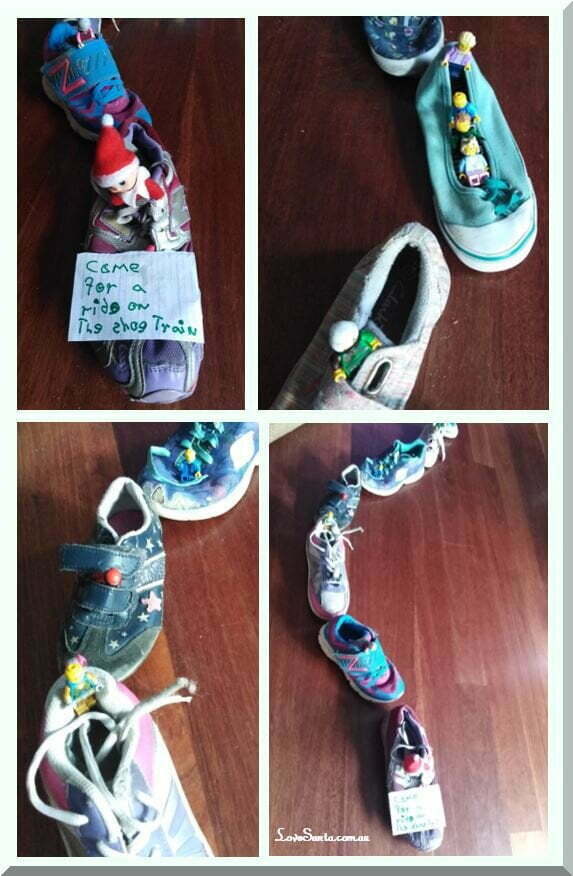 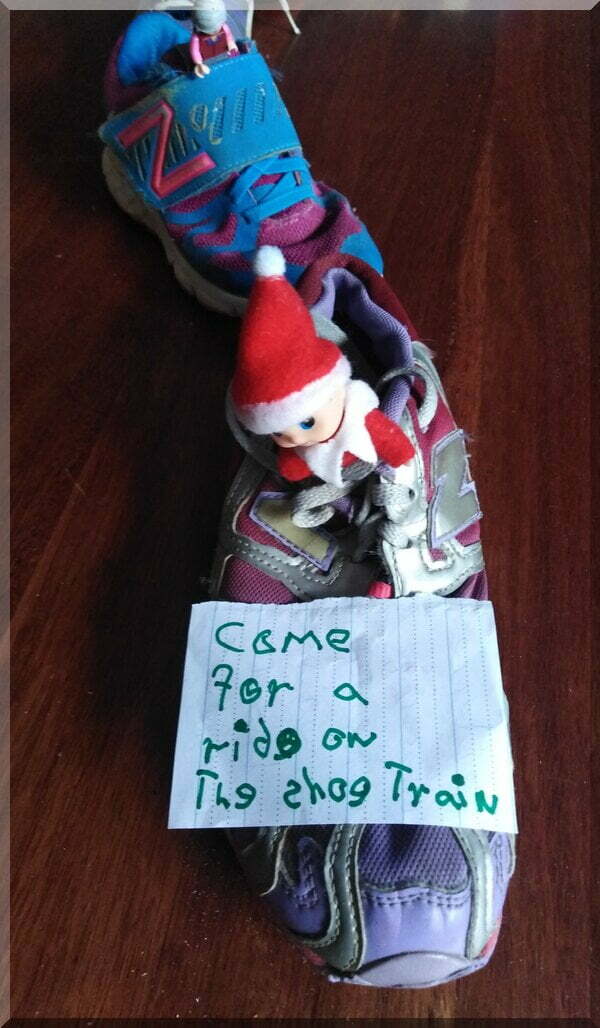 Then we spotted Tinkles up on a shelf, playing Candy Crush! Only, she is playing it with real lollies and the hammer from her tool box 🙂 My daughter loves that one lolly had already been crushed and is very hopeful of getting to eat the game once Tinkles is done playing. Tinkles wrote a note “wanna play Candy Crush?” but she isn’t offering up her hammer for anyone else to play with! 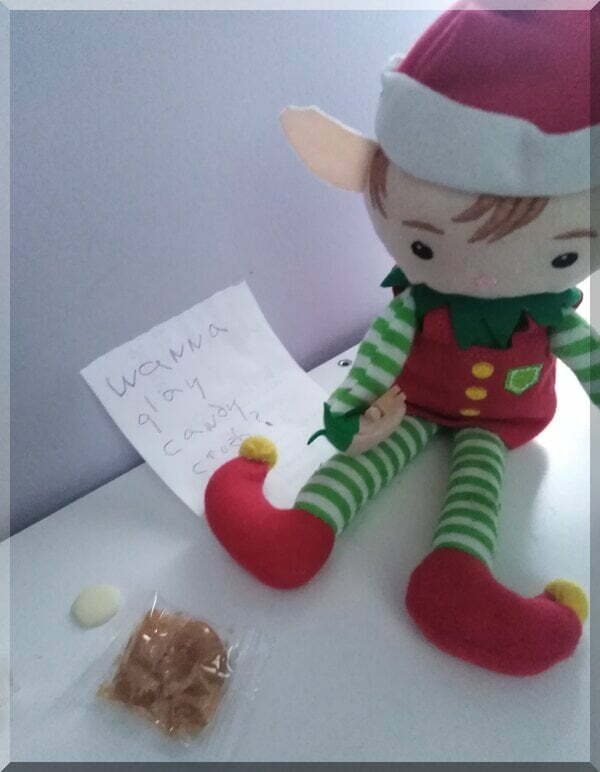 Have you seen any elves playing offline games they devised themselves?