All I want for Christmas – the background

Back in June, AussieMindy shared a story about being 8 years old without her front teeth at Christmas time – and hearing the song ‘All I want for Christmas is my two front teeth” over and over again. 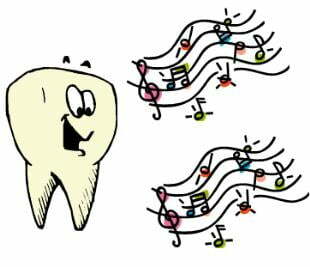 That got me thinking – where did that song come from?

And what are all the words of it?

So I went out and found some answers…

The story of the song

Don Gardner was a primary school teacher who asked his grade 2 students what they wanted for Christmas as part of a song writing activity in 1944. Apparently, most of his class had at least one missing tooth and spoke with a lisp because of the resulting gap in their mouths.

That night, Don wrote a song in about 30 minutes to have a little fun with his students and their missing teeth.

His students sang it at annual Christmas concerts and it didn’t go much further until he sang it at a music teachers conference. A woman who worked at Witmark music company heard it, passed it onto her boss and the song was published in 1948.

Spike Jones & his city slickers recorded the song, including the falsetto boy’s voice, in December 1948 and reached the top of the charts in 1949. Since then, it has been recorded a number of times by various artists including Dread Zeppelin, the  Andrews sisters, the Chipmunks, Nat King Cole and Count von Count (of Sesame St).

As well as inspiring various parodies, it is said that this song was the first light-hearted Christmas song and inspired songs such as “Rudolph the red-nosed reindeer” and “I saw Mommy kissing Santa Claus“. So thank you Don and your grade 2 students for giving us this silly song 🙂

All I want for Christmas is my two front teeth lyrics 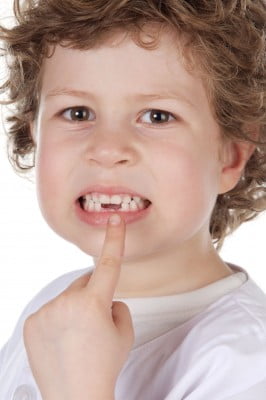 Everybody pauses and stares at me

These two teeth are gone as you can see

I don’t know just who to blame for this catastrophe!

But my one wish on Christmas Eve is as plain as it can be!

All I want for Christmas

is my two front teeth,

Gee, if I could only

have my two front teeth,

then I could wish you

It seems so long since I could say,

“Sister Susie sitting on a thistle!”

All I want for Christmas

is my two front teeth,

Gee, if I could only

have my two front teeth,

then I could wish you