A perfect Christmas at Myer Melbourne

For 62 years, the Burke St Melbourne’s Myer store has put on a magical Christmas display in their windows.

Each year, a different theme or story connects the 6 or so windows and people queue up to see what has been done. It is estimated that about 1.2 million people see it each Christmas!

Starting with a sporting theme in 1956 (the year of the Melbourne Olympics) and Santa joining the Olympic torch relay, the windows have covered a number of themes such as Uno’s Garden, Snugglepot and Cuddlepie, Rudolph, the 12 Days of Christmas and the Little Dog and the Christmas wish. The full list of themes up to 2007 is on the eMelbourne site and there are some wonderful old photos at the Herald Sun.

Over time, other Myer stores have also showcased animations in their windows – generally, Brisbane matches Melbourne while Wagga Wagga, Ballarat and Geelong reuse the displays from Melbourne a year or so later (which gives me a chance to visit some I may have missed!).

Now, there are security guards to create an orderly queue. Years ago, it was just a scramble of people trying to see over each other’s shoulders and wait for a turn towards the front of the crowd to see.

For the last couple of years, Myer’s ad campaigns for Christmas have centred around some living Christmas decorations. This year, that theme continues alongside a book about those same decoration characters – in particular, about Elf and his desire for an absolutely perfect Christmas.

The book is called The completely and utterly, absolutely perfect Christmas and written H C Floren for Myer and can come to life with an augmented reality app. At this stage, the book is only available through Myer stores (including online).

Elf and his friends Reindeer, Mouse and Angel feature in the window animations. As you move along the windows, the story follows Elf’s journey to find some suitably dedicated decorations as he doesn’t think his friends are taking decorating seriously enough.

Through a progression of stops where other decorations also are not quite right for him, Elf makes his way back home for a wonderful, slightly imperfect Christmas instead.

We really enjoyed the windows this year, and were lucky enough to only have a short queue to wait in.

For those unable to see these beautiful windows, here are some photos from our trip to the Burke St mall. Obviously, these are taken through glass so are not the best photos, although I must say I actually like the gum tree reflection across the top of pictures! 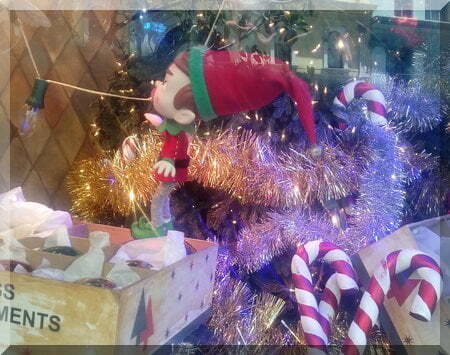 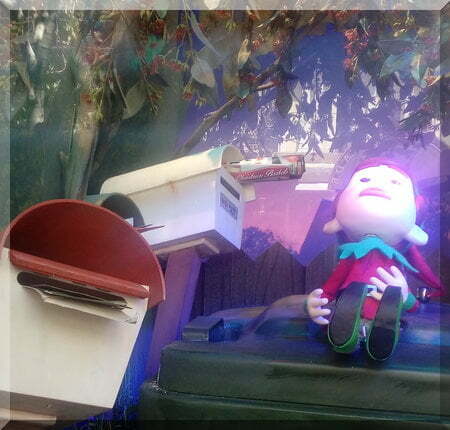 I loved seeing Elf sit by some letter boxes with letters, presumably from Santa and friends, and presents popping out! 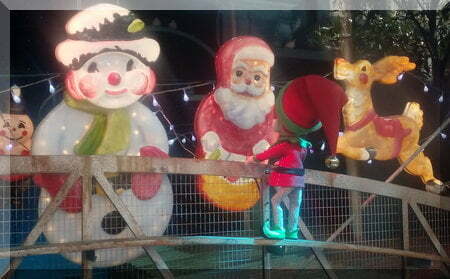 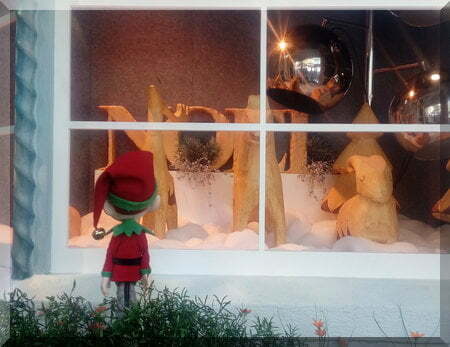 Elf then looks at a minimalist window decoration 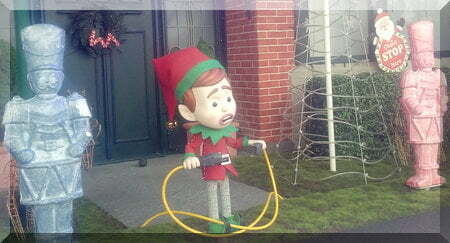 Outside a childcare centre, Elf meets a number of decorations made by children Back home, Elf is happy to be with Reindeer beside their Christmas tree