Last week I saw a 2018 Lego set of a winter village fire station at Christmas, and it got me thinking of how Lego is very much a part of many Christmases. Not a key part of Brickman Cities, but a Christmas set couldn’t be missed! 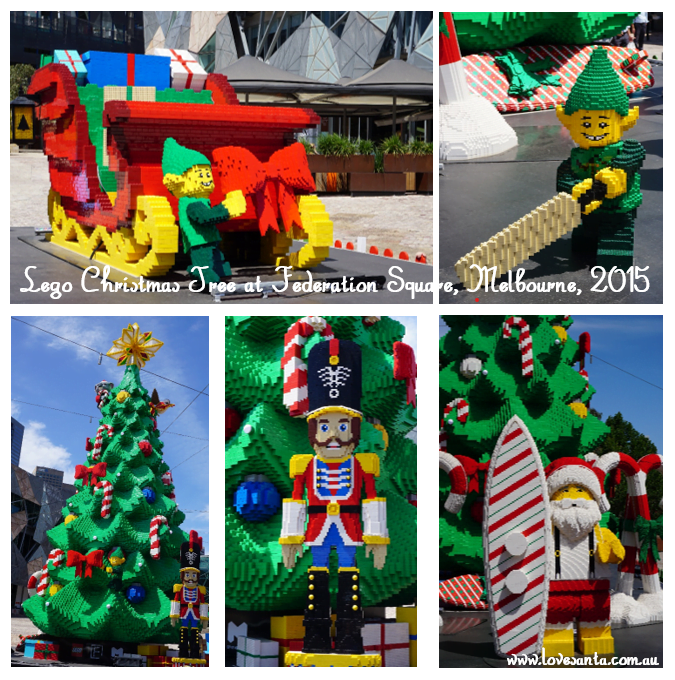 The Lego tree in Fed Square 2015 was amazing – and very Australian!

And some people have giant Lego displays, themselves – like the 8 foot Lego advent calendar!

Lego itself produces Christmas themed Lego sets. I assume these are mostly for people keen on Christmas and Christmas displays, but lots of kids would also enjoy finding Christmas Lego under the tree on Christmas morning! From a Christmas village to Santa and trains, Lego has a range of Christmas kits…

Many Christmas trees around the world have Lego decorations on them, too. Whether made from generic bits of Lego, done through last year’s advent calendar or buy a specific Lego kit for an ornament.

And of course, there are the Lego advent calendars, for City, Friends, Star Wars and Harry Potter, which have given many kids pleasure and excitement throughout December.

So what’s the connection between Lego and Christmas?

We could be a little cynical and just say a corporation is commercially savvy and being part of a huge retail season, although city displays are not generally managed by Lego themselves. But maybe it’s developed over time from all those Lego boxes and sets being opened as Christmas gifts since Lego was started in 1932…