I came across this finger puppet set and grabbed it with no particular purpose in mind.

A day later, my daughter needed a quiet day to recover from an unexpected overnight hospital visit and this kit was a great activity for us. With the incentive that the finished puppets will be part of the Christmas gift to a young friend of ours, she happily set to making some finger puppets! 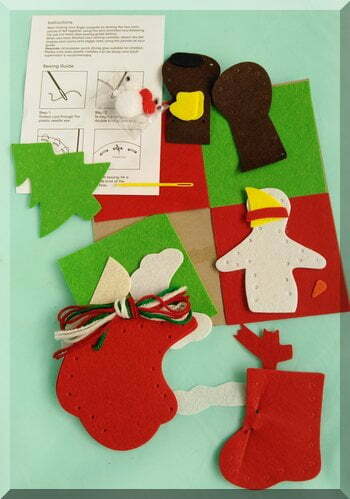 Underneath all the pieces were some red and green felt squares – it seemed a bit strange to find them glued on (I was scared of ripping the felt by pulling it) but then I realised they have no direct purpose in the kit and they are just there to form a nice background (thus the gluing). Of course, it also gives us some Christmas coloured felt for another craft activity!

The instructions in the kit showed four pictures and explained how to sew together the actual puppets. My nine year old was able to read them once and then sew together the puppets without too much trouble – she got four sewn together in under 20 minutes. The only issue is to make sure you hold the pieces of felt together correctly – my son got one reindeer piece around the wrong way and found they don’t fit quite so well!

Our next task was to attach the details and decorations, which required providing our own glue which I had not realised until this point. Make sure you get some glue that works on felt as I will have to reglue bits of ours as the glue we used was too easily absorbed by the felt.

Unfortunately, things slowed down at this point as the instructions were lacking from here on – we were directed to use the picture provided to figure out how to decorate the puppets which sounds ok until you realise the only picture provided is the small image on the packaging handle:

It was easy to confuse pieces – for example, we stuck the stocking top onto Santa’s hat initially then swapped to the actual hat trim piece – and not altogether clear where to stick major parts – which way to lay Santa’s hat down and how far up to place the beard took a little bit of figuring out. 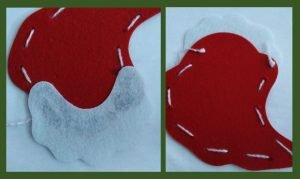 Christmas finger puppets to play with! 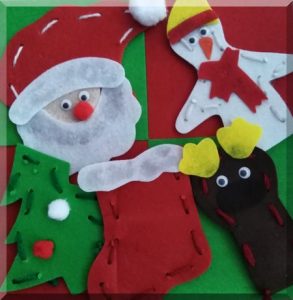 This was a simple kit and the puppets were fairly easy to make, although young children will need adult guidance.

Once created, the puppets mostly require a very large finger, especially the Santa puppet, making them better suited for adults to use but finger puppets appeal more to children obviously, especially if they made them! I guess one option is for adults to wear the puppets to entertain young kids, but it still seems a bit disappointing to me. Having said that, making smaller puppets would be much trickier for little kids… 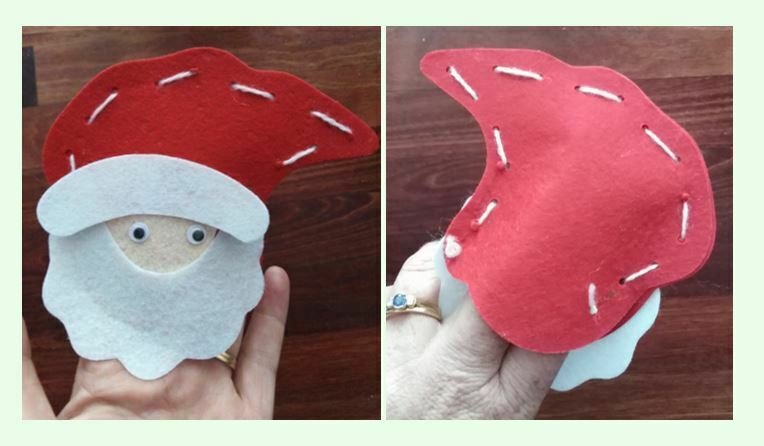 The Santa puppet was large enough for two adult fingers (and space to spare!)

The stocking puppet is upside down once it goes on a finger! And again, this one is quite large so it comfortably sits on two of my fingers, rather than one or two little fingers. The other puppets had smaller openings so fitted nicely on one of my fingers (so will still be a bit big and floppy on a toddler’s fingers!) to put on voices or a performance! 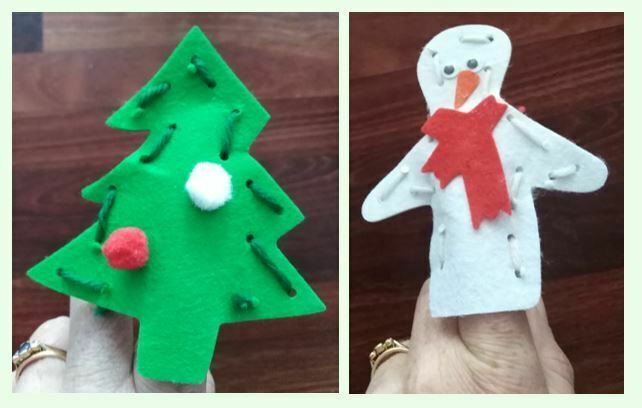 By this point, my daughter had lost interest (thus the puppets have only been on my fingers so far!) but we will gift them to our young friend and hopefully he will enjoy them.