Each child wrote “To Santa Love from {name}” from pre-written cards to help them know the letters to use.

In between the to and from bits, we also wrote a request for a gift. Some of the children did this themselves (once I wrote out the words on scrap paper for them) while others needed my help writing those bits (they are only 4 or 5 years old!) 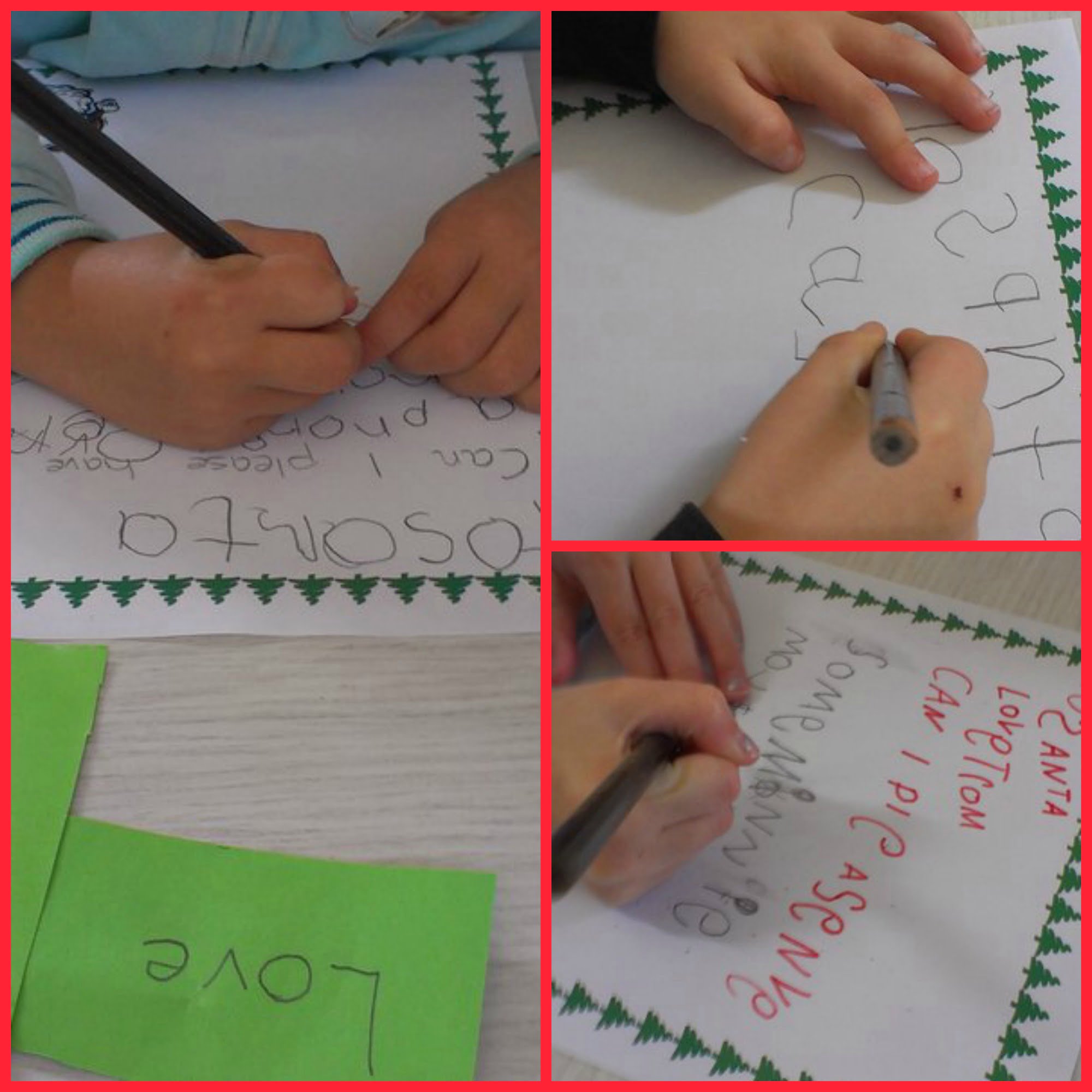 Kinder children writing letters to Santa with care and pride – lovely to watch.

The children worked hard on their letters and it was a delight to watch them, and participate with them. One child was so pleased with his letter he kept coming back to get it, fly it around the room and show it to everyone he could get to stand still and look!

Letters are being sent to Santa – and copies kept as part of the collection of work being given to parents at the end of the year. I for one am pleased to know we will have a permanent record of what my son wrote!

Have you ever received (or at least seen) letters your children have written to Santa at kinder or school?

If your child is yet to write to Santa, don’t forget we have a template to help them get started and write a nice letter to Santa.