It was easy to find Tinkles and Ginger this morning as they were on the floor in the family and pretty hard to miss! Tinkles was playing Pandemic with some friends, with quite a few infections around the world. 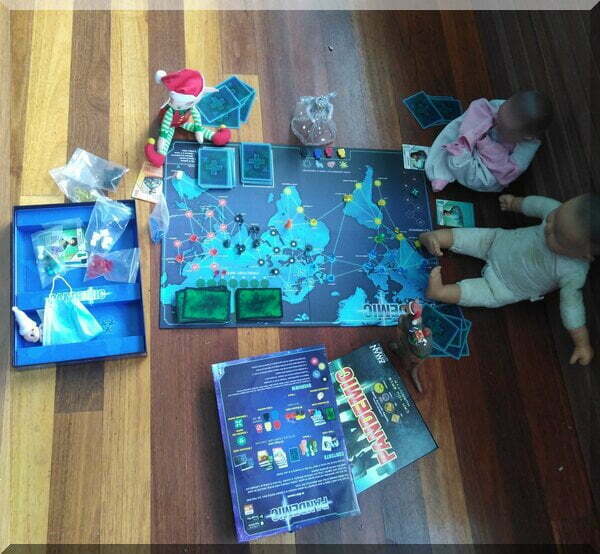 Meanwhile, Ginger was having a nap in the game box, wrapped in a face mask instead of a blanket!

We were impressed to see that Sydney had the only research centre and no outbreaks! 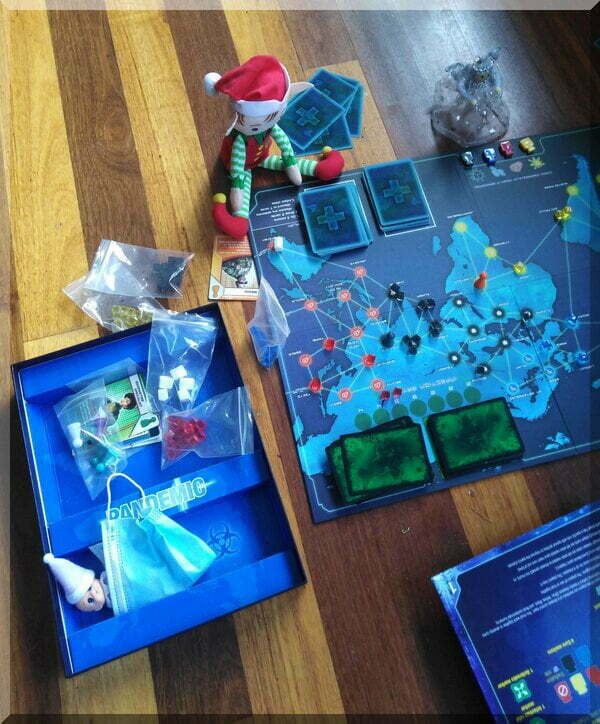 My son loves board games, especially those that require some strategy and thought. For his birthday this year, he received the game Pandemic which obviously fits 2020 although it was first released in 2008 so is not COVID-19 related – apparently it was based on the SARS outbreak in 2002.

The game is based on four viruses spreading through the world, with two to four players trying to find a cure before the outbreaks take over. Each player has a specific role (Tinkles was the medic whilst the dolls were a scientist and a contingency planner) and they have to work together to fight the outbreaks and look for a cure. I love that this game means everyone wins – or everyone loses.

There have been some expansions to the game (shhh, my son may just get one of these for Christmas!) – On the Brink (the first and most popular) and State of Emergency add more players and options – and there are some alternative scenarios available, too.  Z-Man Games have also created some spin off games such as Pandemic Legacy, Pandemic Hot Zone (released July 2020 and based in North America), the Fall of Rome and Contagion (a card based version).