Friday night and opening advent calendar flaps is a nice way to star the weekend so we opened the flaps a little earlier this evening just for fun!

Today’s ornament is some holly – this one doesn’t work quite as well with the perpendicular pieces but it is certainly part of Christmas traditions. The image behind the holly was a fox looking at a snow covered bush.

The Lego City calendar had a woman behind flap seven; she is rugged up in a scarf and comes with a shovel (for moving snow perhaps, or just for a general work site?) In the past, Lego characters have had a little camera to hold so this one felt really big and cumbersome in my hands once it was made by my daughter tonight. 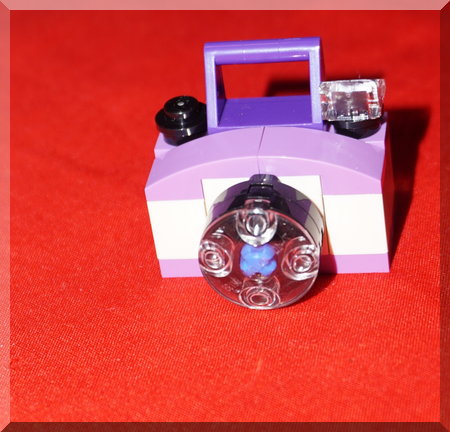 Tonight, we are going back to the Aussie theme and reading Emily’s Bush Christmas followed by the Christmas Wombat (it’s Friday so we’ve added a second book!)